After returning from the USA after performing as the guest soloist at James Madison University's 'Tromblow'in' festival, Black Dyke trombone star Brett Baker has released a new CD on the emerging Toccata Next label.

Affiliated with Toccata Classics and distributed by Naxos, the CD is aimed the growing market for serious contemporary music from internationally renowned performers.

Speaking to 4BR Brett gave an insight into the exciting repertoire featured on the CD which is released this weekend.

"The piece was premiered in 2017 with the Middle Tennessee Wind Ensemble and I subsequently recorded it at the end of 2017 with the RNCM Wind Ensemble in Manchester. Both performances were conducted by MTSU's Professor of Music & Conducting, Dr Reed Thomas, who was very much part of the whole CD project."

He added: "Nigel put me in touch with Reed when he finished composing his amazing 'Symphony No. 2' for me in 2016, and I visited MTSU in 2016 to record Hyldgaard's 'Rapsodia Borealis' to see if we could get the project to work."

Affiliated with Toccata Classics and distributed by Naxos, the CD is aimed the growing market for serious contemporary music from internationally renowned performers4BR

Brett continued: "Reed and I hit it off and have remained firm friends ever since, and over the past two years I visited a further three times to record Nigel's piece and then Jim Stephenson's 'Concerto Braziliano'.

Jim's work is very popular and is played by trombonists all over in the USA. However, it has never received a studio recording, so I was excited to be the first to premiere the studio version of this substantial work by a leading composer.

All that and it's been great to perform Jan Van der Roost's 'Contrasts' which was recorded back in October 2018 and is a piece that has already received rave reviews from those that have listened to the brass band version."

To purchase the release go to: https://www.brettbaker.co.uk/merchandise/cds

Become a supporter and help make our future secure.

4barsrest continues to be a proudly independent voice. There are no paywalls to overcome to be able to enjoy what we do to keep our journalism at the heart of the brass banding world. Support us with a one-off donation or subscribe from just £2.50 per month. 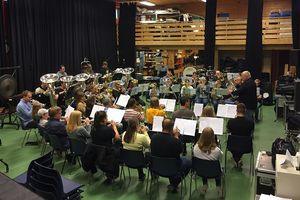 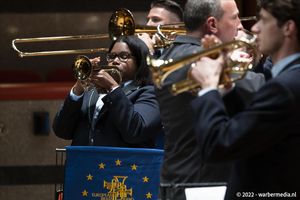 Valaisia to return to British Open

May 17 • The Swiss National Champion will be invited to compete at the 2023 British Open Championships. 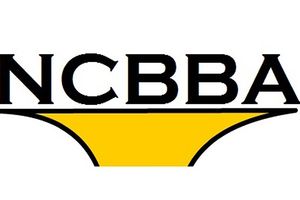 May 17 • Withdrawals means that the popular Scottish contest has had to be cancelled. 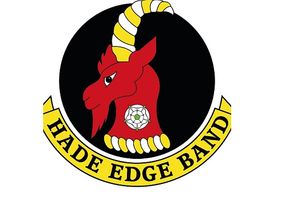 May 17 • David Smith will join Jamie Smith in leading Hade Edge Band from the rostrum.

Perth Festival of the Arts - Reverie: The Life and Loves of Claude Debussy

May 17 • We have vacancies for horn and solo cornet players to join our team, positions negotiable. . Upcoming contests include the Doctor Martin contest, the Scottish Open and a varied concert calendar.

May 16 • Concert Brass Poynton (between Stockport and Macclesfield) seek Bass player and Front Row Cornet. We are not a learner band. Higher section players should enjoy our rehearsal. No Contesting: Approx 4 jobs per year: Rehearing Weds, 8.00 to 10.00pm.

May 15 • We are looking for Bb and Eb basses to join our enthusiastic 4th section Brass Band, conducted by Colin Jones. The Band meet on Mondays 7.30 to 9.15pm at Syston Conservative Club.