Works by Philip Sparke, Tom Davoren, Kit Turnball, Andrew Baker and Christopher Bond will pose the challenges for bands wishing to claim their places at the Royal Albert Hall and Cheltenham next year.

The list of 2020 Regional test-pieces was revealed at the National Finals in Cheltenham on the weekend.

In a new initiative, the works for the First, Second, Third and Fourth Sections are being sold directly by the composers, whilst the Championship Section work is available through retailers.

The 2020 Regional Championships CD can be purchased at:

Championship Section: A Tale As Yet Untold (Philip Sparke)

In a new initiative, the works for the First, Second, Third and Fourth Sections are being sold directly by the composers4BR

'A Tale As Yet Untold' was commissioned by Cory Band to be used at the 2010 European Brass Band Championships.

The theme is an appreciation of the power of the human spirit to overcome adversity and how the beauty of music can help in achieving this.

The 'tale' of the title is an autobiographical one (although not divulged) which deals with a much more general human condition — from nervousness and aggression, yearning to triumph, all in a compositional arc that ends with an indomitable sense of optimism.

'Legacy for Brass Band' was commissioned by Tredegar Band to celebrate the 70th anniversary of the creation of the National Health Service — whose inspirational architect, Aneurin Bevan came from the Welsh town.

In three continuous sections it is symbolic of the aspiration, the challenge and eventual creation of a service that is regarded as one of the greatest political as well as social achievements of the 20th century.

The opening represents the need waiting to be met, the central section (originally a soprano cornet solo but now amended for ensemble), the hope of those who touched directly by the service in action. The final section is a march of progress as the NHS strives to meet the demands of the modern world.

Kit Turnball's 'The Golden Sabre' is subtitled 'Tales of the Hussar-Poet Denis Davydov'.

It is shaped in a single arc of romantic development to encompass as series of musical portraits surrounding Davydov's military actions of 1812 — ones that led to him being presented with the sabre inscribed, 'For Courage'.

His poetry was also admired by the likes of Alexander Pushkin and Leo Tolstoy (who based a character in his epic novel War & Peace' on him).

The work therefore deals with the very human themes and complexities of warfare as defined by his celebrated poetry — from the sun rising an encampments accompanied by trumpet calls, to folksongs, battles, celebrations of triumph, fears of mortality to the final epic battle at Borodino against Napoleon's troops.

'Endurance' is a series of five narrative variations inspired by the epic Trans-Antartic Expedition of 1914 undertaken by explorer, Sir Ernest Shackleton.

His ship, which gives Andrew Baker's work its title, was famously pictured stuck in ice 200 miles from her intended landfall — a fate that offered no return.

Undeterred, Shackleton and some crew members undertook a perilous journey across the southern Atlantic in lifeboats to reach Elephant Island, and then, another 800 miles to South Georgia, where they still had to climb over its mountainous terrain to find a base at a whaling station.

After a short period of rest they then returned to rescue the remaining crew — a staggeringly heroic journey that had taken over two years to successfully complete.

'Neverland' by Christopher Bond is inspired by the timeless story of Peter Pan, written in 1911 by author J.M. Barrie.

The book has also inspired famous film and stage adaptations, as the free-spirited child 'forever young' takes Peter and Wendy and the Lost Boys on escapist adventures to the mythical Neverland island.

The composer has taken three of the main themes from J. M. Barrie's book to create new a work in three contrasting sections; 'Journey to Neverland', mysterious in its style; 'The Windows that Closed' with its sense of longing and regret, and 'Aboard the Pirate Ship' as they battle the 'cadaverous and blackavized' Captain Hook.

Become a supporter and help make our future secure.

4barsrest continues to be a proudly independent voice. There are no paywalls to overcome to be able to enjoy what we do to keep our journalism at the heart of the brass banding world. Support us with a one-off donation or subscribe from just £2.50 per month. 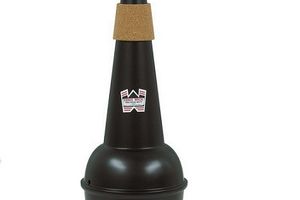 May 30 • A great tenor horn practice mute to help keep you in trim during lockdown... 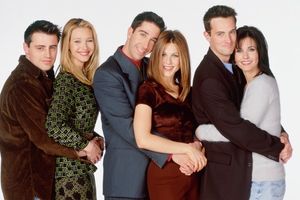 May 30 • The Johnstone Band has joined the trend for self-isolated performances — resulting in friendly responses from across the globe. 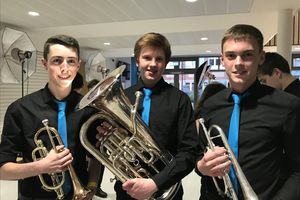 National Youth rule change to keep one off experience

May 30 • Brass Bands England has made a temporary rule change for its 2021 Championship event to ensure youngsters do not miss out on a last experience.

May 23 • Deepcar Band has a vacancy for a MUSICAL DIRECTOR. We are a 3rd section contesting band, rehearsing Monday & Friday nights.Our bandroom is equal distance to Sheffield, Barnsley & Huddersfield.

May 21 • Chadderton Band is a non-contesting band playing at various events throughout the year. We are a friendly band looking for players of all ages and abilities on all sections + EUPH and percussion. Come along to one of our rehearsals.

May 21 • We are currently looking for a Euphonium and Front Row Cornet to join our friendly and ambitious 1st Section Band. We undertake a broad range of activities from supporting community events, charities and Contests, coming 3rd at the West of England Areas.